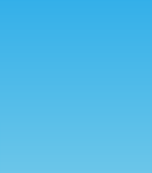 We are delighted to offer a generous discount on legal fees for all new clients. Please quote "Leeds solicitors discount" when making an appointment.

We'd love to hear from you. Call us, email us or complete our contact form.

The Court of Appeal has considered the construction of a provision in a share purchase agreement governing the accounting policies to be applied when drawing up completion accounts, by reference to which the final purchase price for the transaction was to be calculated. The provision in question required the completion accounts to be prepared in accordance with the accounting policies, principles, practices and procedures adopted by the target company in the preparation of its last annual accounts. During the process of drawing up and agreeing the completion accounts, a dispute arose concerning the proper treatment of certain equipment leases, and an expert was appointed to resolve the issue. The expert found that the target's previous accounting practice of treating the leases as operating leases (instead of finance lease) was incorrect and it did not comply with the requirements of the applicable accounting standards. However, the expert also concluded that the disputed provision of the share purchase agreement bound him to treat the leases in the completion accounts in the same way as they had been treated in the last accounts, so preventing him from applying the correct policy in the completion accounts.

The court held that the expert had erred in his conclusions and that his determination was invalid and unenforceable accordingly. It construed the relevant provision in the share purchase agreement as requiring the completion accounts to be prepared applying the correct accounting policy, supplemented if necessary by reference to practices adopted by the target. It did not mean the accounts should be drawn up on the basis of policies in fact adopted by the target company, regardless of whether their treatment of liabilities was right or wrong. In the relevant circumstances, the court could see no reason why the parties would have wished to carry forward an erroneous accounting treatment of liabilities.

On 1 October 2014, amendments to the Consumer Protection from Unfair Trading Regulations 2008 took effect, introducing new statutory rights for consumers who have been subjected to misleading or aggressive practices.

The Employment Appeals Tribunal (EAT) has held that there was no service provision change under TUPE where a contract to provide security at a business centre was terminated by the managing company which supervised the centre on behalf of a local authority. The centre was due to be demolished, and the local authority, which owned the site, rather than the managing company, engaged a different security company to guard the site. The EAT held that the service provision change definition under TUPE was not met as the services were not carried out before and after the change on behalf of the same client and therefore there was no relevant transfer. The decision serves as a good example of how the service provision change provisions are intended to work where a subcontractor is involved. It also demonstrates how owners of commercial property can, in some circumstances, insulate themselves from the effects of TUPE through the use of subcontractors.

The Lands Chamber has considered whether a factory was capable of beneficial occupation whilst substantial refurbishment works were being carried out. The tenant needed to reinstall a high voltage electricity supply and factory lighting before it could start its manufacturing business. The tribunal found that the tenant was in beneficial occupation whilst the works took place and there was no ground for removing the property from the rating list.

This decision illustrates that business rates may be payable even where an intended occupant is carrying out substantial refurbishment works and cannot use the property for its intended purpose until the works are complete. If the intended occupant has particular requirements which other potential occupants would not have, the property may still be deemed to be capable of beneficial occupation.

NEW PROTOCOL FOR ASSIGNMENT OR SUBLETTING OF COMMERCIAL LEASES

A new protocol has been developed for consent to assign or sublet leasehold interests in commercial property situated in England or Wales. http://www.propertyprotocols.co.uk/protocol-for-applications

It is hoped that the protocol will be used by the property industry as a tool to help avoid, and resolve, real estate disputes. It has three purposes:

From 20 October 2014 Section 97of the Anti-social Behaviour, Crime and Policing Act 2014 ASBCPA provides that certain anti-social behaviour will be a new mandatory ground (Ground 7A) for recovery of possession of a property let on an assured tenancy (by inserting Ground 7A into Part 1 of Schedule 2 to the Housing Act 1988). Section 97 also sets the time limits within which notices must be served by a landlord seeking to rely on Ground 7A.

The Royal Institution of Chartered Surveyors (RICS) has published a private rented sector code of practice.

The Code was developed by the RICS in co-operation with other sector organisations at the government's request. It is intended for use by landlords and lettings and management agents in the private rented sector.

The Code aims to ensure:

The Code sets out legal requirements and industry best practice. Members of organisations which have signed up to the Code agree to abide by its contents.